No two refugees’ stories are the same, but they all tell of resilience, hope, and challenges—sometimes—overcome.

The stories of returning refugees, whether voluntary or not, are equally compelling and dramatic, although less frequently told. A documentary by an Afghan film maker and returnee follows several refugees as they come back to a country plagued by violent conflict. It captures the variety as well as the common humanity of their experiences.

Nabi fled from province to province across Afghanistan seeking safety for his family, before he left for Peshawar, Pakistan. Mohammad Lal left his home after suffering gunshot wounds during clashes in Helmand province. He is still internally displaced within Afghanistan. Kobra endured discrimination for years as an Afghan refugee in Iran, where she fled with her parents because of the Soviet-Afghan War.

Mussa has returned after four months in Germany—where he arrived via the Mediterranean Sea and the Balkan Route—but is struggling to readjust. Matiullah spent seven years in Germany, where he went to school, had a job and paid taxes. “I want to ask them why they behaved like they did, and why they deported me.”

These are some of the testimonials documented in Return to Afghanistan, a movie by Afghan filmmaker Mohammad Mehdi Zafari about the realities of displacement, migration, deportation, and return. The testimonials tell a story of survival and strength amidst regimes of security, migration and mobility that stymie any hope of a dignified and peaceful life.

After it was released in early 2018, the movie had screenings in more than 50 cities and festivals, reaching thousands of spectators in Germany and Afghanistan, thanks to a joint effort by FES offices in Germany and overseas.

Travelling alongside the movie was Mirco Guenther, former director of the FES office in Afghanistan and producer of the documentary. In this photo panorama from the screenings, he brings together geographically disparate places with the stories that unfolded on the movie screen.

A packed hall during our Germany premiere in Berlin. An expert panel with Guenter Burkhardt (ProAsyl), Anja Broeker (ARD), Gabi Weber (MP, SPD) and Mirco Guenther (Director FES Kabul Office) discussed the movie with an audience of 200 guests from Germany and Afghanistan.

Sold out!!! Hosted at the renowned Lichtmeß cinema, our summer screening in Hamburg not only provided a venue for lively debates with local politician and aid worker Uwe Giffei but also welcomed a special guest Afghan pop star and singer-songwriter Aryana Sayeed! A true highlight of our tour!

A small town gets to work to organize Germany’s first-ever international film weekend focusing on security in Afghanistan. The WaLa festival, headed by Afghan filmmaker Mohammed Hassan Nazeri, who himself once came to Germany as a refugee, was a joint effort by German and Afghan residents of Ladenburg. Their hard work paid off: a full schedule with award-winning movies for three days, hundreds of spectators and press coverage beyond the region.

A night to remember: Large audiences are seldom conducive to intimate, authentic conversation, but this is exactly what happened at the Hannover session of our roadshow. We continued the exchange long after the scheduled end time, listening to refugees tell of their journey, lending sympathy and support to each other, and showing what really matters: We are all humans with the same inalienable rights!

A common sight at many screenings and truly humbling for our team. The warm receptions in the cities of Wuerzburg and Neu-Ulm were particularly overwhelming. What made us really happy was how many young Afghans attended every event, sharing their stories, hopes and expectations. A gratifying and moving experience!

A truly encouraging welcome reception in Leipzig!  Almost 30 percent of the voting population in the state of Saxony at the last general elections cast their ballot in favour of a far-right populist party. A full auditorium told a different story. City residents from different walks of life, students and many volunteers helping refugees in their neighbourhood came together to share a message of compassion.

This particularly significant screening was anxiously anticipated, but challenging to plan amid the considerable uncertainty and insecurity. “Return to Afghanistan” premieres in Kabul, with our movie director Mohammad Mehdi Zafari proudly presenting his work. Mehdi is an alumnus of the FES Afghanistan Young Leaders Forum and Managing Director at the French Cultural Institute in Kabul.

Participants register for the Balkh province screening on the outskirts of Mazar-i-Sharif, hosted by our partners at Mediothek and their beautiful arts centre. For Afghans, attending any event means traveling long distances, coping with heat and dust and, most importantly, taking great risks against the backdrop of a volatile security situation.

Our summer screening in the breathtakingly beautiful Bamyan province saw an emotional discussion that greatly benefited from the contributions of local scholars, psychologists and sociology teachers. They reviewed migration trends and patterns in the region. A female refugee who had recently returned from Pakistan shared her moving personal story.

No doubt a symbolic date for our Herat screening: on October 3th, Germany’s national unity day, we heard from young Afghan refugees about their difficult living conditions in Iran, the discrimination they endure, why they were forced to return and how a recent major drought made it even more difficult for their families to make ends meet.

With a cold and snowy winter just around the corner, we concluded our Afghanistan tour in the north-eastern province of Badakhshan. Deputy Governor Anisa Haqgar joined some 110 local officials, civil society activists, religious scholars, journalists and students to discuss how authorities from the city and the wider province can best help returning refugees to address the many challenges they face.

For more information, visit the official website of Return to Afghanistan.

ERROR: Content Element with uid "45514" and type "media" has no rendering definition!

News and updates for an inclusive vision of migration as opportunity, to imagine and harness together social, economic and political progress for all. 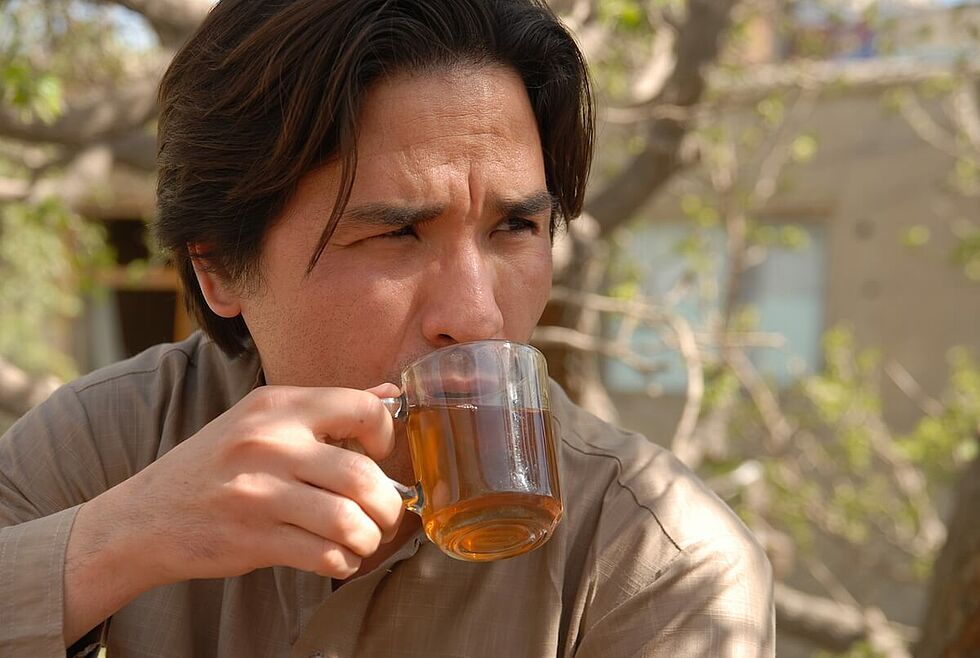 Movement, a freedom lost in a shrunken world