In the 2017 German election, more than half of the electorate were over 50 years old. But for inclusive politics, the participation of the youth is necessary. To find out more about engaging them in politics, FES Connect spoke to Mara Oldenburg, board member of Germany’s Youth Participation Resource Centre.

FES Connect: Germany’s Youth Participation Resource Centre (Servicestelle Jugendbeteiligung) has been supporting youth participation in Germany since 2001. What was the idea behind starting this project?

Mara Oldenburg: In our experience, many projects promoting youth participation are designed by adults and fail to meet the demands and realities of young people. The Youth Participation Resource Centre changed that, by offering projects and opportunities designed by young people, for young people. Founded in 2001 with support of the Federal Ministry for Family Affairs, Senior Citizens, Women and Youth, we have since then grown and developed - but the peer-to-peer approach hasn’t changed. We operate nationwide, advising young people, local authorities and political organizations about youth participation in politics, project management and engagement.

Through active participation, young people are empowered to play a vital role in their own political development as well that of their communities, learning vital life skills and developing their knowledge of human rights, citizenship and democracy.

Nonetheless, young citizens (especially below the age of 18) do not have the same possibilities as adults to engage: They are often not able to vote and their daily life is shaped by agendas and institutions designed by adults. Young people must be given education about their rights as well as spaces where they are free to take on responsibility, experiment and express themselves. Great thing is: everyone involved can profit, not only the young people. When participants in one of our projects visited a ministry, they noticed that braille signs in the house (writing used by blind people) were wrong and initiated a debate on how to implement sign language interpretation (used by hearing impaired people) regularly in schools and the parliament. This opens possibilities for many other people.

Based on your experience, how can youth representation and engagement in politics be significantly enhanced?

There are many ways. One is getting young people and politicians talking and listening to each other, building mutual respect and understanding. In one of our projects, young people follow a local politician for a whole day, asking questions, debating decisions, learning what working in politics actually means. For most of the young people it’s their first time talking to a politician.

Furthermore, it is important to see informal participation, such as the activism or civic engagement practised by many young people, as relevant political formats. There are two main barriers preventing these people from going on to engage in formal politics: many do not have the money and time to invest in classical political careers, and there is a lack of education in schools about the different possible ways to get engaged.

Therefore, we are currently implementing participation projects in schools, trying to reach many young people from different backgrounds and enabling hands-on experience. And we advise municipalities on how to develop informal participation processes, as well as institutions like diverse youth boards that actually have a say in real-life politics.

In Germany, the current age to vote in national elections is 18. Last year, the rise of youth protests and movements brought up an old debate on lowering the voting age to 16. What do you think about this?

Willy Brandt promoted lowering the age to vote from 21 to 18 years with the slogan: Daring more democracy. I believe that democrats are not born but developed with the help of good education and confidence in their own abilities and their own voices. Voting (besides others) is an important tool to experience democracy and to develop self-efficacy by observing how your own voice can shape society.

Young people are experts on what they need: So let’s ask them what they want. Because of the demographic development, most political decisions are based on the voice of older people. These decisions and their consequences affect young people today as well as in the future.

Many have argued that people under 18 would be overwhelmed with this task. I do not see it that way. Many people as young as 16 pay taxes, have jobs, and are held responsible for their actions. If we are so afraid of youngsters not being ready, let’s make sure they are prepared by implementing sufficient hands-on political education at school and beyond. You are never too young or too old to learn how to participate in a democratic system. Some states have already applied a voting age of 16 for decisions on a state level, for example Brandenburg, reporting high voter turnout and interest in daily politics in the youngest age group.

What could political parties do to be more attractive for the youth?

When one of our projects isn’t enhancing participation the way we intended, we evaluate and restructure it, with the participation of the target group. So here are some of the lessons we have learned:

Politicians and political parties should start to take young people and their interest more seriously. The opinions of the young, for example regarding school education or climate change, are often neither respected nor taken into consideration. I would tell parties to be open to topics young people are interested in, and give them space and proper attention. Invite young experts with diverse backgrounds – and yes, there are some - and change up old patterns.

In addition, there need to be other ways for young people to communicate with politicians and within parties. Apparently just having youth organizations is not enough. Chose formats young people are interested in, such as more participatory formats like Barcamps and Open Space Formats. Political parties could also use social media to communicate better to a younger audience and build on digital solutions that are already used by young people. Is there really nothing better out there than email by now? (Spoiler: There is.)

Furthermore, politicians are experts in standing up for their opinions, leading difficult discussions and networking. These are soft skills young people can apply in their personal lives as well as their careers. Making these skills available, for example in workshops, can spark interest in joining politics and make politicians approachable.

Youth participation takes time and effort, but it’s important to remember: It is always a win-win situation. Political parties as well as the communities and spaces they shape gain great value when young people are involved - in the present as well as in the future.

Mara Oldenburg is a psychologist who has worked hands-on in youth participation projects, specializing in inclusion. Today she puts her insights and knowledge to good use by advocating for youth participation and as a board member for Servicestelle Jugendbeteiligung e.V. 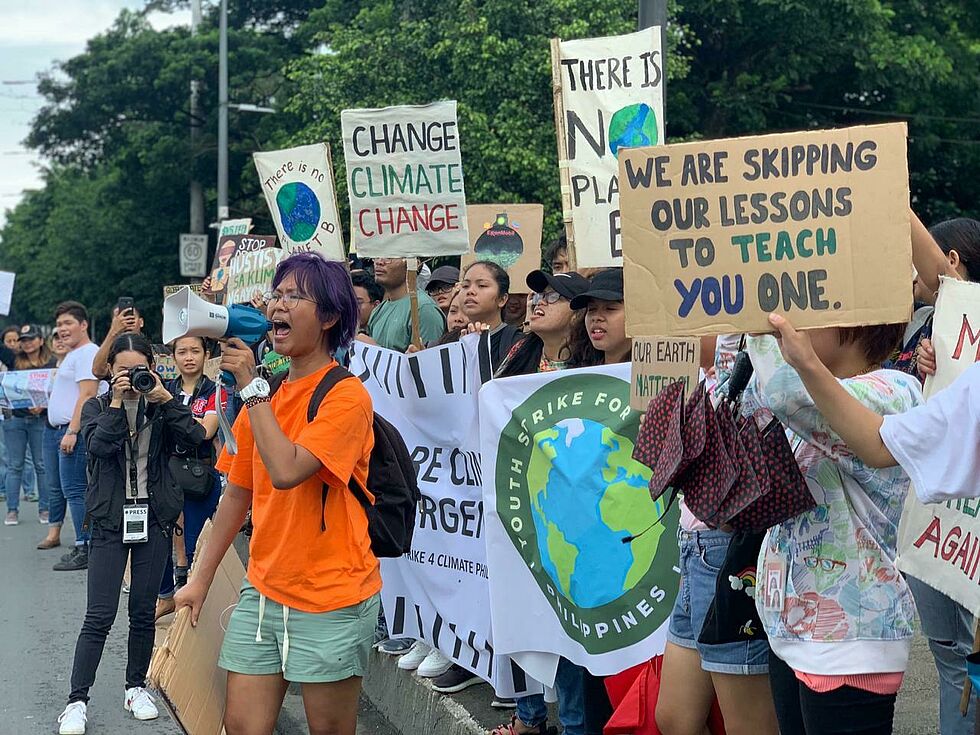 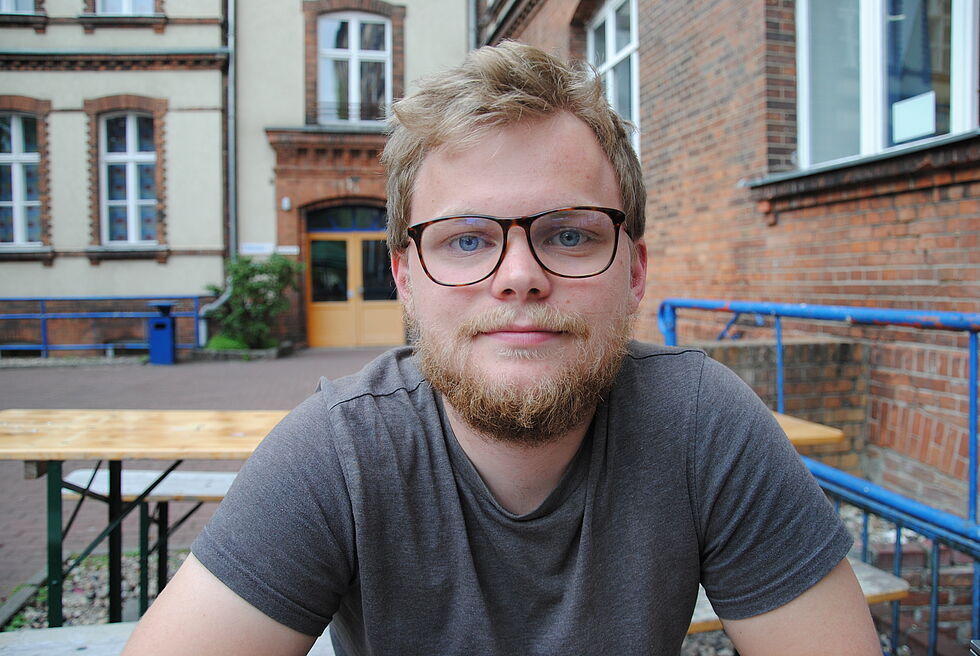 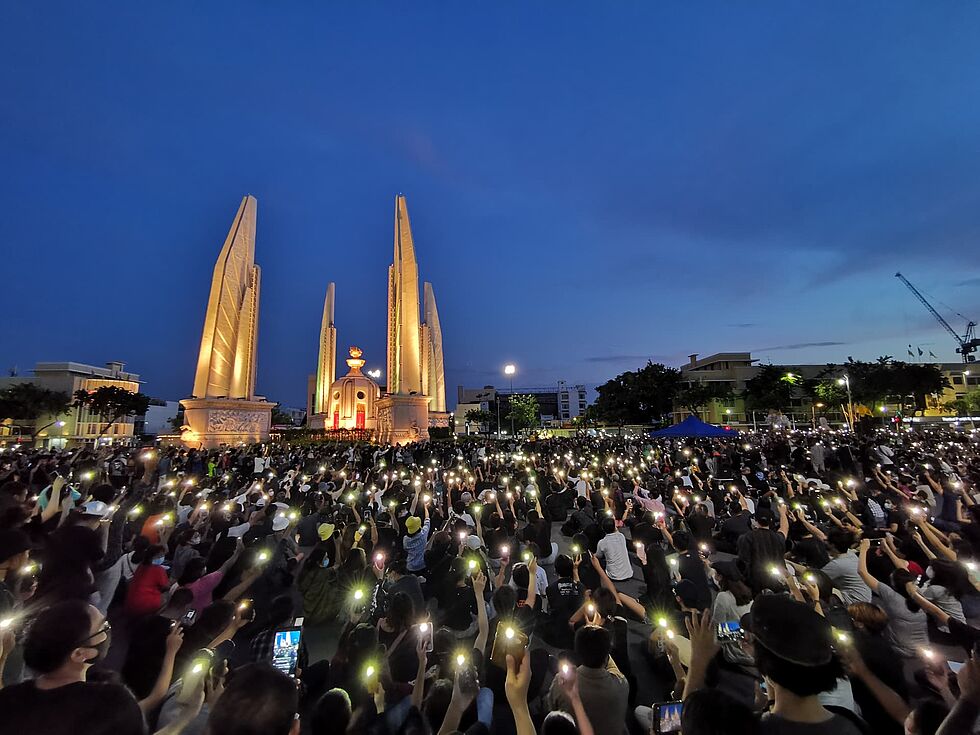 Thailand has a storied history of political conflict and popular protest movements. But recent demonstrations have been organized through social… 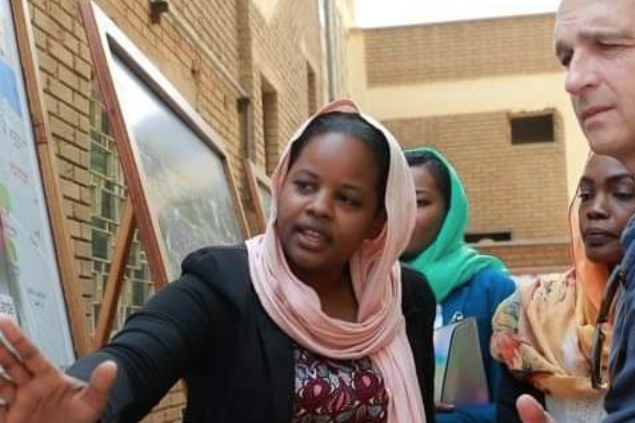 #YouthParticipation: Nisreen Elsaim, on her journey to becoming a UN Youth Climate

Our work is yet to be completed. There is no more time. We need to stop talking and start doing.