Two regional projects by Friedrich-Ebert-Stiftung (FES) and partners in Latin America join forces to shape a new development pathway in a region with most unequal distribution of wealth and income on the planet.

Discussion on new approaches to development is more important than ever as the world grapples with the effects of multiple and interconnected crisis. In that context, the Paris Agreement, which deals with mitigating climate change, and the Sustainable Development Goals that cover a broad range of sustainable development issues to be addressed by 2030, suggest a common direction for a future path to development. An accompanying part of this future path is an urgent change in the way production and consumption is organized.

In 2015, members of the Friedrich-Ebert-Stiftung’s Socio-Ecological Transformation Working Group in Latin America started to discuss alternative approaches to the current development model of the region. Members of the group, which was set up as part of a project by FES on Socio-Ecological Transformation in Latin America, has had the objective to formulate proposals for the transformation of the regional economies in favour of greater social inclusion and ecological sustainability.

A second project by FES in Latin America was devoted to the debate on a socio-ecological transformation of the agricultural sector. Coordinated by the FES office in Argentina, which also publishes the political journal Nueva Sociedad (New Society), the project was set up to analyse the implications of the current agricultural model and to propose possible reforms. Those reforms have the aim to protect the natural environment and biodiversity, and push for rural development as well as boost the fight against poverty.

The two projects organized a joint regional workshop in Buenos Aires on 9-10 October to discuss and explore new avenues of productive development in Latin America. In addition to agriculture, the focus during the workshop was on industry, services, natural resources, energy, innovation and technological development.

Over the two days at the joint regional workshop, participants debated about new paradigms and strategies for sustainable public policies as well as the role of the state and its institutions in transforming regional economies and societies. It was noted that without strong and transparent institutions such transformations are clearly unattainable.

The workshop was part of a series of debates on Latin American development. All of these were dedicated to the construction of a progressive political agenda for a sustainable future and related networks, in order to fill in the blanks on policy alternatives which has characterized progressive policies all over the globe, as Christian Denzin from FES Mexico, coordinator of the regional project Socio-Ecological Transformation in Latin America and the namesake working group, pointed out:

"The current export-based development pathways barely improve social inclusion. Moreover, they have had powerfully adverse impacts on the local environment. In order to reform this model, the region needs to create local and regional value chains."

Local and regional value chains will help to overcome the dependency of the region on external markets and diminish the concentration of value creation in the hands of international or state-controlled companies.

"It is necessary to strengthen the ties between the different sectors," explained Claudia Detsch, director of the FES office in Argentine. "For example, Latin America rarely offers the services associated with the exploration of raw materials."

Detsch added that the region has to invest heavily in science and research to find its own solutions for its particular challenges instead of just relying on innovations offered by other regions. "The future will be shaped by region-specific approaches," she added. "This will require an intense effort by Latin American countries, but it also provides a great opportunity to carve an independent path towards socially inclusive and ecologically sustainable progress."

Three participants at the October workshop in Buenos Aires contributed their expert opinion on what a reformed, socially and environmentally just development model must take into account.

Vivianne Ventura-Dias, Brazil, Ex Director of Commerce and Regional Integration of the UN Economic Commission for Latin America and the Caribbean (ECLAC)

Latin America shows the most unequal distribution of wealth and income of any region on the planet. There is evidence that the extractivist model, which relies on the exploitation of natural resources largely for export, generates social exclusion, social conflicts and violence, and does not build democratic or institutions for the people. It is urgent to think of another model that would promote sustainable economic, social and ecological development. The challenges are multiple, and are both internal and external to the region. The changes must: include a tax reform that is progressive and distributive; result in an economic system that creates decent jobs, with labour rights and security; and generate a political system centred on the life and limits of the planet.

There is no doubt that the characteristics of 21st-Century societies have become unsustainable by definition. The fight against irrational consumerism, the economy of waste, individualism and alienation must be transformed into action. Knowing and being able to achieve a definition of "possible utopias" and the ways to achieve it is, perhaps, the task of this stage. We must rethink a range of concepts: agriculture and rurality; territorial planning; industrial development and services; the efficient use of energy and natural resources; and everything related to research, development and innovation. However, it is possible that we may only get fragmented results if we take the sectors individually and not in a holistic way that allows us to see their complex interrelation.

Nanno Mulder, Head of the International Trade Unit at ECLAC.

The service sector represents one of the main challenges of the socio-ecological transformation in Latin America and the Caribbean due to its high concentration of low-productivity employment. This transition requires a strong investment in the education and training of workers, together with public support and incentives to establish and formalize small and medium-sized enterprises. In turn, these firms could improve their performance to the extent that they can incorporate modern technologies and management models and innovate, link up with large enterprises, and/ or take advantage of opportunities offered by international markets through exports. Moreover, environmental services play a key role in greening all sectors of the economy. 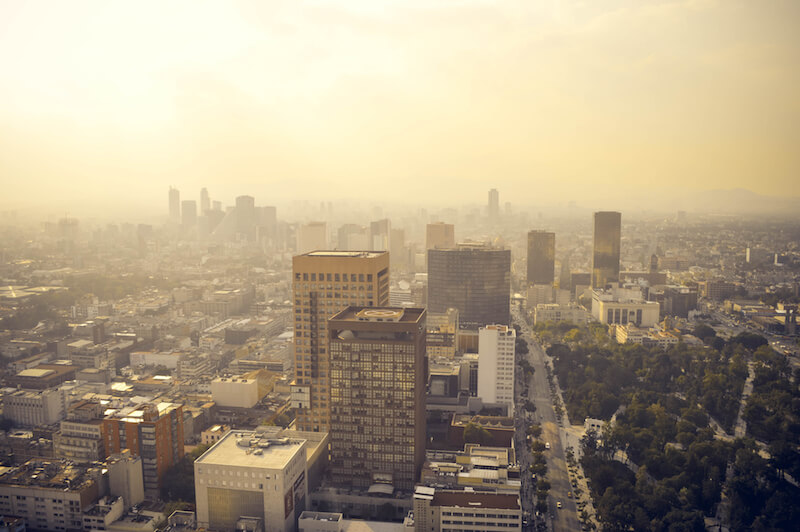 Although Latin American countries contribute relatively little to global CO2 emissions, energy consumption has been rising corresponding with the…