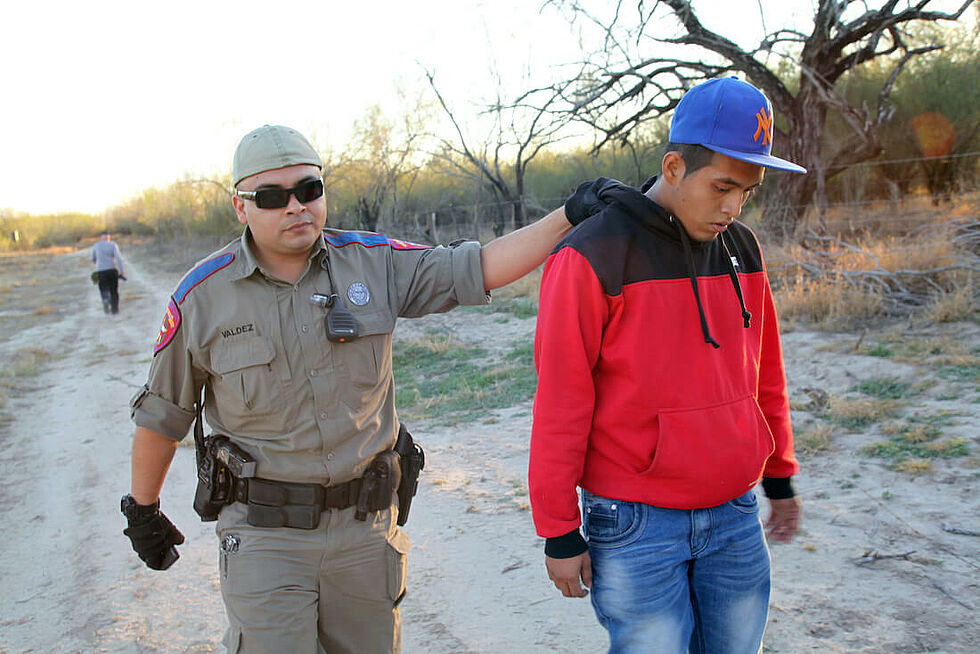 Criminal street gangs called maras rage in the northern countries of Central America. Originating in the ghettos and impoverished suburbs of Los Angeles in the 1980s, maras were led by socially marginalized youth, offspring of Central American immigrant parents. Left outside by the lack of effective integration policies in the United States, these youths and their families grew up socially excluded, eventually turning towards crime.

Youth street gangs as forms of association were not unusual for Central and South America in the past. Compared to those of Los Angeles, the gangs in Latin America were originally loose neighbourhood organisations for young people, their existence not tied to violent crimes, explains Joachim Schlütter, Resident Director of the Friedrich-Ebert-Stiftung in El Salvador. Now embracing crime, mara groups pose a major threat to the public security in El Salvador, Honduras and Guatemala where FES is running a project on this very issue.

How was it possible that neighbourhood organizations turned into violent gangs in the northern Central American countries? What are their claims and how is the Friedrich-Ebert-Stiftung approaching the problem in the region?

For answers to these questions, the underlying logic behind them and on the foundation´s work, FES Connect spoke to Joachim Schlütter.

Connect: Press coverage on El Salvador has brought to the public attention a pressing safety issue in this and other countries in Central America ̶ the activities by maras. What are some of the concerns arising from their operations?

Joachim Schlütter: The threat to the security of people living in the areas under influence of the maras is evident: they are under threat of being murdered when moving from an area under the control of one to an area controlled by a different mara.

Maras extort protection money from transport companies and don’t think twice about killing bus drivers. In the past year, the murder of seven bus drivers in different places has virtually brought the whole public transport system to a standstill. The inhabitants of mara areas face draconian punishments, including murder, in the event of any conflict with mara groups.

Media, mostly those that belong to the right-wing elites, have exploited this state of affairs for several years to spread fear among the population with their reporting. Thus, a general feeling of helplessness and distrust prevails in relation to anyone outside one’s close family. In turn, this has led people to wish for the best possible security, which motioned a whole industry of physical or individual security protection measures.

Companies estimate their costs for security protection at around 30 per cent of their revenues! Money is therefore unavailable, for example, for the development of a company’s own products, the manufacturing of which would bring urgently needed jobs.

Connect: How did mara groups come into existence? Who are the people belonging to these groups? Who is prone to joining them in the future?

JS: The groups emerged after the end of the civil war in El Salvador when the United States started to deport immigrants who were criminal offenders. The mara groups were originally loose neighbourhood organisations for young people who did not commit violent crimes to fund their existence. These forms of association can be found throughout Latin America. Yet, their criminalisation came, for example, with the arrival of deported members from the Latino protection squads of Barrio 18 in Los Angeles.

In Los Angeles, most immigrants were ghettoised in low-income residential areas. Among the immigrants were also people from Central America, especially El Salvador, who were granted a special right of residence during the civil war in El Salvador. In these run-down parts of the city, US integration policy failed across the board. Violence is commonplace there and many turn to crime.

Around 400 deported persons arrive in San Salvador every week, desperate to find work. When they fail, they often and very quickly become members of the maras, which also provide them with protection. They find the same gang structures as in their Barrios in the United States. They come from the underclass, both here as well as there.

The maras consider themselves to be a protection force in their Barrios and demand “renta” for that. Anyone who doesn’t pay this extorted fee jeopardises their own lives, that of his family or company and its employees.

Connect: How has the Friedrich-Ebert-Stiftung supported ways to address the underlying issues you have highlighted?

JS: FES has published and presented a series of studies that take a detailed look at the mara phenomenon. The publications, for example, investigate how mara groups have become politicized, they examine the role maras play in the culture of the country and its economy. All FES offices of the three countries in northern Central America, El Salvador, Guatemala and Honduras worked together on this.

Connect: What is FES trying to change through its intervention in this conflict?

JS: We are trying to convince politicians and the civil society that a hard-line policy will never resolve the problem of this youth violence. We need also a public security approach, in the sense of modern security policy with measures for prevention and reintegration.

Basically, the violence has its origins in social issues, because income distribution is disastrous in all three northern countries of Central America. We are thus trying to get the message across that beyond a hard line against criminals, there must be a reorientation of economic and fiscal policy that brings with it new, productive and well paid jobs and counteracts the tax flight and tax privileges of the higher income portion of the population, to develop a common and secure state. Only in this way can the state resume its most important functions, including the monopoly on the use of force.

Connect: How did FES get involved in this work?

JS: The actions of the maras in all three countries have acquired such economic and social importance, that they have concealed the many problems the countries face. And this has only made the problems worse.

Moreover, the problem of the maras has entrenched the propaganda against the majority society and also against El Salvador’s progressive government. For this reason, it’s of vital importance that we voice a wider range of views to address the problem. FES is regarded as a serious, trustworthy institution in all three countries and we can assume that our publications receive the utmost attention from key institutions and fall on fruitful ground.

Connect: What projects are in the pipeline and planned for the upcoming year?

JS: We will conclude the maras project at the end of the year and integrate the insights we have obtained into a regional project on public security. We will also continue our focus on supporting young politicians through our program called Agentes de Cambio, and we will keep up with our approach to address problems from their causes and upwards, in areas of social-ecological transformation, diversification of the production matrix and reform of the state.