The case of alternative trade unions challenging transnational automotive companies in Russia was analyzed by Sarah Hinz in a study for the "Trade Unions in Transformation," project of Friedrich-Ebert-Stiftung. 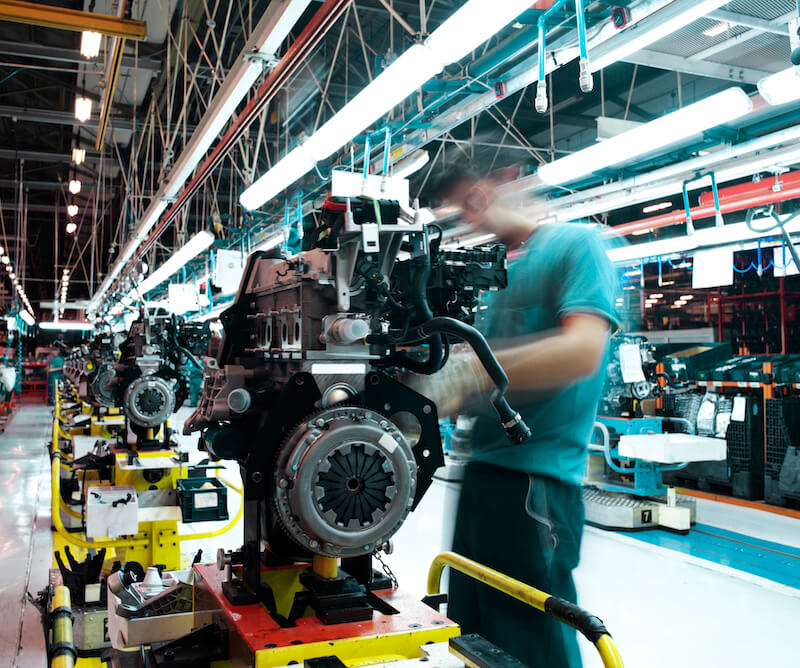 Given the current level of economic uncertainty in Russia, trade unions decided to prioritise securing their employees’ jobs over improving their working conditions.

On 22 February, the workers of the Volkswagen plant in Kaluga, a city in central Russia around 190 kilometres south-west of Moscow, reached an important milestone. After three months of intense talks, the management acceded to union demands and signed a collective bargaining agreement that provides employees, including white collar workers, with a roughly 10 per cent pay raise starting in April, and a gradual increase in salaries to adjust for inflation next year.

Most of Volkswagen Kaluga's 4600 workers haven’t seen their pay rise in over two years due to the heavy economic recession in Russia caused by annexing Crimea from Ukraine in March 2014. International sanctions fueled inflation and led to a spike in consumer prices, so the agreement was more than welcome by the employees at Volkswagen Kaluga, where the average monthly pay is 45,000 rubles (approximately US$800) for white collar workers and 33,000 rubles (approximately US$585) for assembly workers. "We tried to somehow compensate for what has previously been underpaid, to bring salaries to the normal level," says Elena Kryukova, deputy head of the Kaluga department of MPRA, the Interregional Trade Union Workers’ Association. The MPRA focuses on organising workers in foreign car firms and initiated the talks. The union wanted more, but the result is a "happy middle ground," she told Equal Times.

Attracted by Russia’s rapidly expanding car market, Volkswagen, Ford, and other major international automakers opened car plants in the country in the 2000s. They initially refused to bargain with labour unions but over time, as the economic success of the firms grew, so did the discontent of the workers. They were unhappy with their low pay and poor working conditions – particularly in comparison to their colleagues doing the same work in the European Union.

After a few years of unsuccessful attempts to achieve formal recognition. and despite the long-term presence of German works council representatives, the MPRA at both Volkswagen and its main parts supplier Benteler saw no alternative but to call its members to strike and engage in severe protest actions to force management into collective bargaining. In organising protests, MPRA unionists relied on the experience of their Brazilian colleagues, which they learnt about thanks to the regular participation in joint seminars organised by the German union IG Metall. The MPRA was also able to grow in stature by exploiting the “close interconnections” of MPRA unions at both the Benteler and Volkswagen plants – not only in terms of the issues surrounding working conditions and anti-union sentiment but also in exploiting the dependency of both firms on the local economic value chain.

Only after tensions resulted in an open conflict in 2012 – when striking workers at Benteler stopped the trucks with components from going to the assembly line, costing the company an estimated €8 million – did the Volkswagen management accept the MPRA as the negotiating union, Sarah Hinz explains in a 2016 research paper titled Shifting powers in Russia’s employment relations: Alternative trade unions challenging transnational automotive companies.

"For VW (Volkswagen) management the risk was high that the demands and ability to follow through on the threat of strikes were supported by large parts of the workforce. They had reason to fear the union would mobilise its members at the producers’ plant for strategic protest action to get the management to negotiate with the union," Hinz writes.

Since the 2012 strike, Volkswagen’s management has grown more willing to negotiate with trade unions, Kryukova says. "In precarious situations, when [the management] doesn’t know how the team will behave, they try to ask for our advice, and not as a mere formality."

As Hinz notes: "Successes achieved are ostensibly the result of utilization of workers’ structural power to bargain at the workplace resulting mainly from the economic and local circumstances foreign firms face." As a result, trade unions at foreign car plants are considered amongst the most effective in Russia, even though they tend to focus on individual workplaces "as the absence of employers' associations prevents negotiations for sectoral or regional agreements, further impairing unions’ organizational power," according to Hinz.

Some of the latest MPRA achievements at Volkswagen Kaluga include shorter working hours for the same money (1,875 hours per year, instead of the legislated 1,973 hours); the right for unions to discuss important social policy decisions before the management implements them; and an improved grading system for workers based on their job tenure instead of their personal relationships with the manager.

These gains were made possible partly because foreign companies are better organised than Russian ones and less tolerant of rules violations, says Alexei Etmanov, chairman and one of the founders of MPRA. Etmanov has helped organise strikes at the Ford Sollers plant near St Petersburg since 2005, and supported the MPRA efforts at Volkswagen Kaluga. He recalls situations at Russian car manufacturing plants where unscrupulous supervisors would manipulate workers by agreeing to hide a worker’s misconduct from their superiors in order to control them and to prevent any demands for better work conditions.

"[Foreign companies] maintain strict discipline in accordance with the Labor Code: being late is reprimanded, coming to work intoxicated ends up in immediate dismissal. This allows us to build a working relationship with the management," Etmanov tells Equal Times.

Sometimes in employer disputes the unions are able to utilise the power of the Russian state, which generally acts as an independent actor in employment relations. In March 2017, the ASM, one of the three trade unions at Volkswagen Kaluga, called labour inspectors to the plant following an unresolved issue regarding job safety. "It is better to resolve issues within the house, but if we see that the issue is being delayed or not resolved, then we reserve the right to apply to state bodies," ASM chairman Alexander Abrosimov tells Equal Times. After the inspection, the management – though highly displeased – agreed to resolve any further issues.

Independent trade unions in modern Russia face a number of challenges to their efficacy. One is the existence of alternative labour organisations, created and controlled (to various degrees) by the management to rival independent unions. In case of the Volkswagen plant, the ASM is one of two trade unions organised to counter the influence and power of the independent MPRA, which is still the largest out of three and counts almost 1200 members—nearly twice as much as the ASM (550 members) or the recently created MNIP RAS (60 members). The three unions work independently, which also makes it difficult for them to reach common goals – especially given that all three organisations together count less than 50 per cent of the workers at the plant. Another factor is the poor retention of members. Many workers only join unions during periods of negotiations, but quit membership as soon as the goals are reached. Workers are ready to participate, say the unions, but they are not ready to pay 1 per cent of their salaries towards union dues as a result of the number of financial pressures workers face. "We are understanding of that," says Kryukova, although the union acknowledges that more needs to be done to hold on to new members.

But in spite of the difficulties facing the automotive industry, trade unions are not backing off from their demands for decent work. "After all, during sales growth nobody shared profits with us," says Etmanov. Now the workers who helped Russia’s car industry grow over the years finally want a fair slice of the pie. ###

Natalia Suvorova is a freelance journalist based in Moscow, Russia. FES Connect brings you stories of successful trade union action documented in a series of studies published under "Trade Unions in Transformation," project of the Global Trade Union Programme of FES. For more information, contact the programme coordinator Mirko Herberg.