Ana Gabriel Zúñiga Aponte, Vice-minister of Costa Rica on political participation, the inclusion of youth in the politics and her experiences as alumni of Agentes de Cambio. 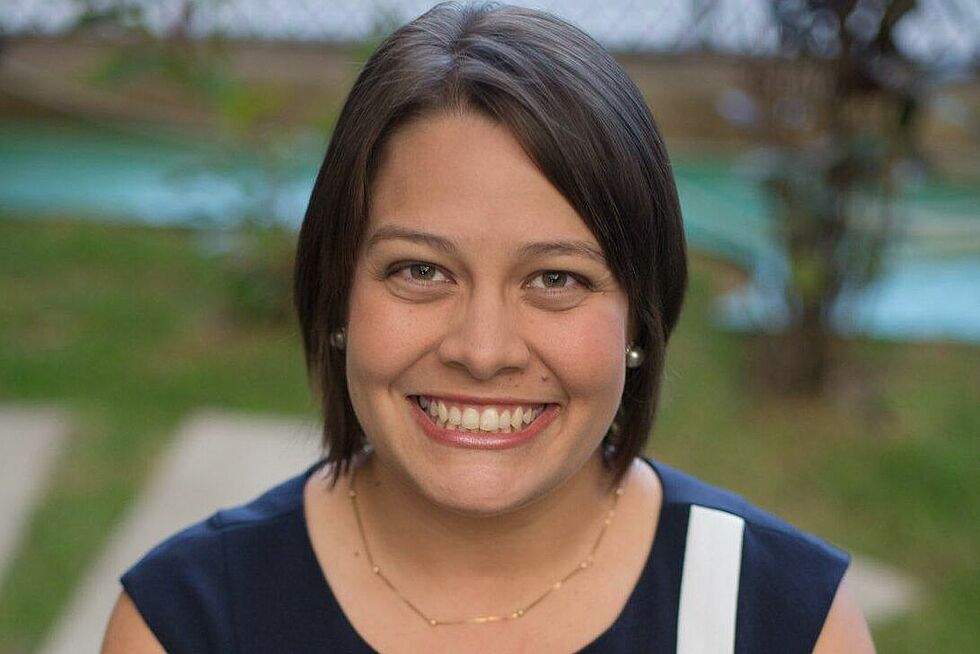 Costa Rica in Central America has been the home of one of the oldest programs for political education by Friedrich-Ebert-Stiftung outside of Germany. For over 25 years now, groups of about thirty trainees come together to take part in Agentes de Cambio (Change agents), a year-long program by Friedrich-Ebert-Stiftung for young people from all walks of life to network, exchange cross-institutional experiences, nationally as well as regionally.

Agentes de Cambio started as skill training program for young activists and protagonists of Partido Liberación Nacional, Costa Rica’s social democratic party. Groups of about twenty selected trainees would come together for five to seven weekend sessions per year and attend classes and workshops with inputs on different subject matters by university lecturers, trainers, politicians and practitioners, including trade union organizers. Ten years into the program, and the scope was broadened to include participants from newly emerged political parties representing the progressive, social-democratic spectrum and young activists representing groups of civil society - as well as trade unions.

Today, the selection process for a year’s group takes into account specific quota for all sections of society. A typical group of an Agentes de Cambio-year consists of 26 to 30 participants, half women half men. Under one roof, members of the three progressive parties, trade union organizations and activists from non-profits sit together with the students’ council, young representatives of the indigenous Afro-Caribbean community and persons with disabilities.

The group of participants gathers during weekend sessions and six times a year in a training facility not far from the capital San José. The training modules are constantly adapted to new challenges. Topics run the gamut from risks and potentials of globalization, elements and ways to transform economies and societies in a socially and ecologically sustainable way, to methods and instruments on how to conceptualize and ultimately implement a project.

Ana Gabriel Zúñiga Aponte, current Vice-Minister in the Presidential Administration of Costa Rica and a 2010 alumni of Agentes de Cambio, shares in an interview by FES-info Magazine her thoughts and experiences on political participation, the inclusion of youth in politics and the importance of networks and collective action for political change.

Why do young people in Central America and also in Costa Rica experience such difficulties when it comes to having a say in politics and are only rarely able to successfully assume influential positions? Why does this situation constitute a problem?

Generally speaking, the political arena in Latin America is characterised by a patriarchal and authoritarian history. The difficulties that young people face in politics demonstrates the need for cultural and structural reforms. The younger generations - which are the strata of the population most discriminated against and excluded by the political sphere and its institutions - have to be included on a greater scale. Above and beyond this, participation opportunities for citizens are very limited and in many cases only accessible to a small elite, which excludes young people from decision-making processes.

This situation constitutes a problem because the change in generations is viewed as something negative. Instead of fostering an exchange between generations, the change in generations is perceived as confrontational. People talk about the "divide between generations." The existing, traditional political culture views young people merely as objects in politics and as recipients of relief and benefits, but not as participants and actors on an equal footing. As a result of the fact that they have less experience, young people are not considered to have the skills needed to hold public office or take part in political decision-making processes.

What do young political leaders need to be more successful in politics?

Viewed self-critically, we also need a greater commitment on the part of youth as well as stronger networking and cooperation. This is precisely the weak point in social youth movements: instead of fighting together for greater political participation for new leaders, there are a large number of individual initiatives that hinder each other’s ability to achieve their aims.

To what extent has the Agentes de Cambio program helped you progress individually? Is that which you have learned through the program useful to you in your present-day work as Vice Minister?

The main lesson that I learned from the Agentes de Cambio program is how important it is to work in networks and not all on your own. In spite of all the differences between individuals and organisations, changes can only be achieved collectively, and this in turn can then help push on to bigger changes. Moreover, the program enabled me to strengthen my leadership skills and to spell out my main challenges in the areas of political participation and institutional administration.

At the personal level, the nicest thing about it for me was that, thanks to the program, I made a group of friends who are bonded together by a feeling of togetherness and an interest in social progress in spite of all their political differences and different world views. We shall always be allies working for political transformation, with each contributing to this in our own way.

Agentes de Cambio helped me take the initiative myself and assume a leadership role that is based on team work as well as a humanistic and progressive approach that places people and the common weal at the heart of things instead of focusing on personal gain. One of the most important things that I learned in the Agentes de Cambio, however, is that the fact that other people do not share the same opinion as me does not make them my enemy. On the contrary, it is first of all necessary to understand the position of others in order to be able to formulate your own arguments and solve any conflicts that may exist. In addition, the program has also been of tremendous benefit to me in my current work in the Presidential Administration helping strengthen the dialogue with citizens: I have learned to be an active listener and to view dialogue as an important tool without taking possible conflicts that may crop up personally. Last but not least, I have learned to reinforce positive aspects of every individual or group of the population with whom I have to debate and negotiate in order to be able to reduce social conflicts and solve political problems.

The interview is translated from the German and first appeared in FES-info Magazin.

What does the work on political education entail and what complementary paths do we need to achieve a just society?