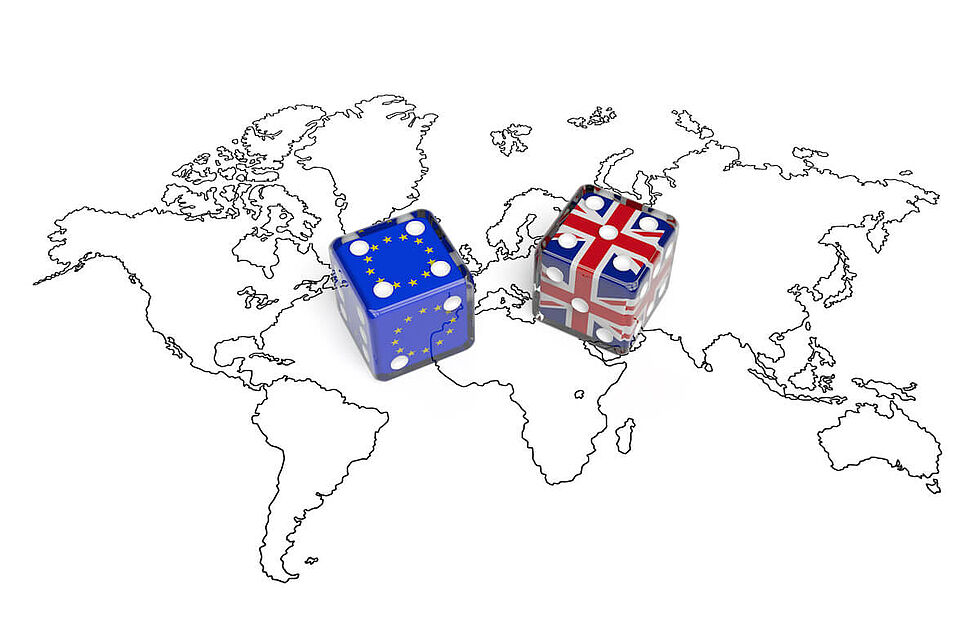 Britain’s decision to leave the EU in June 2016 shocked the crisis-ridden European Union to the core. It struck at a time when domestic and security policy were already in a state of distinct uncertainty. The official exit negotiations haven’t even kicked off yet, but it’s clear the process will be lengthy and intricate, and the effects of the break-up will be felt differently across the variety of policy fields the Union is dealing with.

Take security and defence. After Brexit, the EU will be missing a leading player. It will lose almost a quarter of its entire defence spending, a permanent member of the UN Security Council, a nuclear power and, alongside France, the most professional, field-tested and well-equipped military in Europe.

From 2003 on, Britain gradually turned away from the Common Security and Defence Policy, looking again to NATO as the authoritative multilateral defence alliance.

It was the British and French that paved the way for the Common Security and Defence Policy (CSDP) in 1998. Shaped by the experience of the Balkan Wars, which proved yet again Europe’s strategic dependence on the US, the governments of Tony Blair and Jacques Chirac agreed to work towards greater military autonomy by sharing equipment and know-how. Yet the initial momentum soon slowed in the British camp. France and Germany criticised the 2003 UK-US intervention in Iraq, refusing to join in, and Europe found itself deeply split over both a newly-drafted US National Security Strategy (NSS) and George W. Bush’s “coalition of the willing” formed during the Iraq war. From that point on, Britain gradually turned away from the CSDP, looking again to NATO as the authoritative multilateral defence alliance.

Still, this withdrawal didn’t stop Britain’s trying to strengthen military cooperation with France in the Lancaster House Treaties of 2010. These treaties helped the UK and France maintain their military clout on the global stage but made little mark on actual policy. They certainly weren’t aimed at making European defence capabilities more effective.

The EU failed to forge itself a role as a global security player, stretched by the financial crisis and with no joint vision on defence, up until now.

With China and Russia beefing up their military might and the US demanding a stronger European commitment to defence, many in Europe welcomed this Franco-British co-operation. Politically though, it was a confession of weakness from two of Europe’s former great powers, who, now reduced to the middle rungs, could no longer individually meet the multiple demands of being a global security player. The EU could have forged itself a role here, complementing NATO. However, stretched by the financial crisis and with no joint vision on defence up till now, it failed to do so. That’s why the CSDP is still the weakest link in the project of European integration.

Now that Britain’s announced its departure from the EU, the weak state of the CSPD could actually be to the block’s advantage with negotiations over security policy resulting in a possible “Brexit dividend”. The CSDP never developed the complexity of international and supranational structures that characterises the single market or European trade policy. The relational ties binding the EU and Britain in the area of defence will be easy to unravel once the British leave for good.

A post-Brexit Britain can no longer block EU attempts to cooperate more closely on security, efforts stunted by British fear that it duplicates NATO structures

What is more, the UK played only a small part in early overseas missions under the CSDP. Since re-embracing NATO in 2003, the British have largely blocked any EU attempt to cooperate more closely on security, especially when they’ve feared a duplication of NATO structures. This has derailed important European projects, such as a planned permanent EU headquarters for civil and military foreign missions, and limited the operational capacity of the European Defence Agency (EDA). The latter was originally intended to play an important part in defence research and in creating an efficient, competitive European armaments industry, but has remained pathetically stunted by perpetual British stonewalling.

Thanks to NATO, the EU will still benefit from Britain’s military capabilities even after Brexit. The territorial defence and assistance clause (Article 5) of the NATO Treaty mean that Britain is still embedded in the European and trans-Atlantic security architecture. If the EU were to embark on future overseas missions, Britain could always join as “an associated partner”, as is the case for other non-EU countries.

For post-Brexit Britain, strategic coordination with other powers is crucial and it must start with Europe.

The biggest problem for a post-Brexit Britain lies not in its military capabilities but in the future reach of its security and defence policy. Acting alone, Britain will become a markedly weaker diplomatic power, and fall short of its self-image as a strategic global player. At a time when terrorism can no longer be fought solely within national boundaries, strategic coordination with other powers is becoming crucial. For Britain, this has to start with Europe.

The EU’s task now is to make a virtue of necessity. At long last, the block will be able to develop its collective military capabilities without UK attempts to impede the process – a plan laid out in EU High Representative Federica Mogherini’s 2016 Global Strategy paper.

For the Brits however, the new order could significantly limit their influence on military matters. As defence expert Sven Biscop of the Egmont Institute observes, “leaving the EU would not affect the performance of British arms. But it would have an enormous and immediate impact on Britain’s ability to shape [global and regional defence] strategy”.

Should the UK lean on Donald Trump for security, rather than advancing a European security policy alongside NATO, the Brexiteers’ rallying cry, “We want our country back!” may ring hollow.

The edited volume Strategic Autonomy and the Defence of Europe on this same subject will be available shortly.

Translated from the German, the article was first published by IPG journal, 18 January 2017.