In a reshaped multilateral order, democracy on the national and global levels are mutually reinforcing and a reformed, well-resourced and more democratic UN is at the centre. 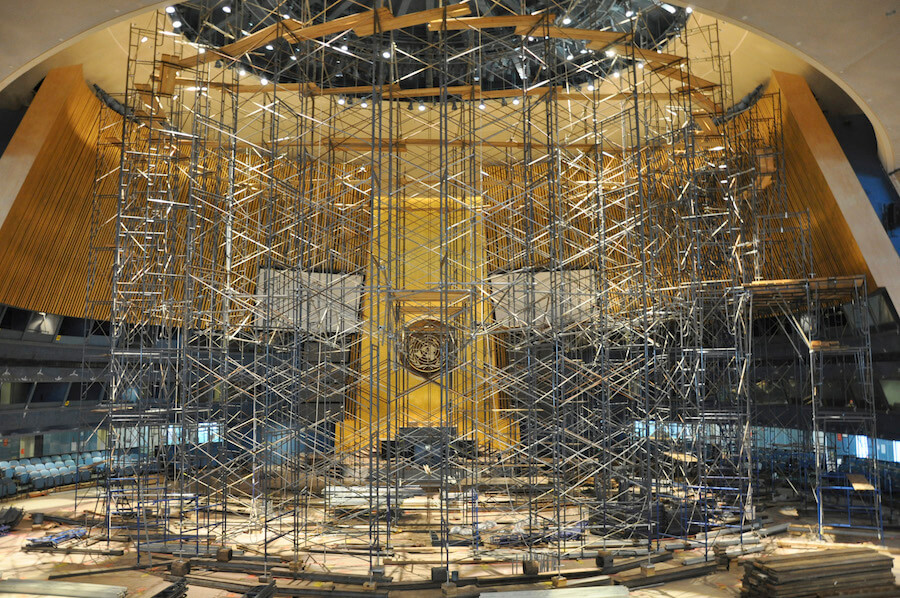 Every year at the end of September, heads of state and governments descend upon the United Nations headquarters in New York for their "Woodstock moment": They come to celebrate the opening of the General Assembly.

Some years, the global jamboree captures the world’s attention. As it did in 1960, when Fidel Castro spoke to the dignitaries for more than four hours. Then in 2006, when Hugo Chávez was smelling the sulphur left behind by the "devil" George W. Bush. And then in 2012, when Benjamin Netanyahu drew a red line on a cartoon of an Iranian nuclear bomb. This year, it is the President of the host country, Donald Trump, keeping the global audience on its toes.

During his first appearance at the General Assembly in 2017, President Trump issued the un-statesman-like warning to "totally destroy" North Korea because "Rocket Man is on a suicide mission for himself". But last year’s bogeyman is this year’s pen pal: "Kim Jong-un wrote a letter, a beautiful letter," Trump said in his remarks at the UN on Monday, praising US-North Korean relations as "very good". While such flip-flopping continues to be the hallmark of the Trump presidency, his belief that every nation is out for itself has grown only stronger. Americans, he told the General Assembly, "reject the ideology of globalism and we embrace the doctrine of patriotism".

This must have been music to the ears of all those government representatives in the audience with "our country first" nationalistic and autocratic tendencies. In contrast, the work of Friedrich-Ebert-Stiftung (FES) New York Office and its partners aims for a reshaped multilateral order (Multilateralism 4.0), in which democracy on the national and global levels are mutually reinforcing and a reformed, well-resourced and more democratic UN is at the centre.

Nowhere is the need for a more democratic UN as visible as with the UN Security Council. Throughout the conflict in Syria, there has been an increasing frustration about the stalemate in a divided Council, with members backing different sides in the civil war. Instead of complaining about the overpowering position of the veto-wielding Permanent Five (P5) members of the Council (China, France, United Kingdom, United States and the Russian Federation), the ten elected non-permanent members could well be more proactive. For example, some Member States have developed the notion that there is a "responsibility not to veto" a Council resolution that seeks to prevent atrocities. While not legally binding, a wider acceptance of such a norm would have an impact on how the P5 calculate their political costs when they analyse their options for involvement in a conflict.

Attempts to overcome the divisions and to improve the way in which the Council operates must begin now, irrespective of a grand overhaul at some point in the future.

The Council's size and composition are justifiably criticized as an old reflection of the power relations at the end of World War II rather than today’s demographics and distribution of wealth and power. Reforming the size and composition of the Council, however, requires the consent of the P5. Such change remains elusive—why would they agree to give up their privilege?

It is unlikely that a bigger, more representative Council would function better. Why should it be any easier for a Council with, for example, two extra permanent members from Africa and Asia come to a united position on Syria?

Attempts to overcome the divisions and to improve the way in which the Council operates must begin now, irrespective of a grand overhaul at some point in the future. Over the past years, efforts to improve the working methods of the Council have shown promising results. For instance, historically the P5 decided among themselves in secret who should become the UN Secretary-General. In 2016, when it was time to determine a successor for Ban Ki-moon, the global civil society campaign 1 for 7 Billion, together with UN Member States and the President of the UN General Assembly, pushed for reform. As a result, the election of António Guterres followed the most open, transparent, democratic nomination process that the UN has ever experienced (as well as other global bodies, like the World Bank and the International Monetary Fund), guided by a clear timeline, mission statement and public hearings with the candidates.

That change revealed the potential of the General Assembly.

The General Assembly's real work will begin again in October, once the heads of states have left New York. With 193 members now, it is the world's most encompassing forum for deliberation, development of new norms and (sometimes) decision-making. More assertiveness of the Assembly, as well as its President, could go a long way to remind the P5 that they are not the masters of the universe.