The 2030 Agenda is an unprecedented piece of global development policy, in its origins, objectives and structure. But with 12 years left on the clock, how is it performing? FES takes a peek into the upcoming Spotlight Report to find out.

Anyone following global policy and governance will be familiar with the 2030 Agenda of the United Nations, an approach unlike anything international cooperation had seen before it was adopted in 2015.

UN member states pledged to address the underlying causes of galloping global warming and environmental degradation, global inequality and discrimination, and the plunge in development aid while military expenditures are reaching new heights.

Priorities and targets for the Agenda were set through an open consultation during 2012-2015. In an unprecedented way, not only the UN member states but also civil society organizations participated in outlining 17 areas of priority action, reflected in what we now call the Sustainable Development Goals, including Goal 10, to reduce inequalities between and in countries.

Four years later, civil society continues to hold governments and international organizations accountable for their positive or negative contributions to the implementation of the Agenda, says civil society member Jens Martens. He is executive director of the global policy watchdog Global Policy Forum and coordinates an international coalition of civil society organizations, the Reflection Group on the 2030 Agenda. Since 2016, the group has been publishing the Spotlight Report on Sustainable Development, an independent annual report that assesses the strengths and weaknesses of the Agenda, with a focus on structural obstacles to its implementation. FES spoke with him ahead of the launch of the fourth edition on 8 July to get a sneak preview.

The global launch of the Spotlight Report 2019 will take place on 8 July 2019, one day before the start of the High-Level Political Forum of the United Nations. A launching event with authors of the report will take place in New York City at the Baha’i International Community Center, 9:30-11:30AM, Thursday, 11 July 2019.

How does the 2030 Agenda differ from previous development strategies?

The 2030 Agenda is the first truly universal global development agenda. This is not only because the Sustainable Development Goals (SDGs) are global in scope, but also because all countries have to do something to achieve them. No country can deem itself to be sustainably developed or to have already done its part to meet the SDGs. The 2030 Agenda challenges the idea that development occurs only the global South while the North is already supposedly developed. It offers the opportunity to respond in an integrated manner to urgent global problems, such as accelerating global warming and growing inequalities, and to address adequately the structural flaws of the global economic and financial systems, and the particular responsibilities of the rich.

What lies at the centre of the transformative agenda?

Of course, the SDGs are at the centre of the 2030 Agenda. But the Agenda is far more than just 17 goals and 169 targets. It contains a commitment to provide the means to achieve the goals. Governments recognized in 2015 that they will not be able to achieve the ambitious targets without enhanced international cooperation and comparably ambitious financial and regulatory measures.

Has there been any tangible progress since the transformative agenda was set?

A first interim review of SDG implementation clearly shows that most governments have so far failed to turn the putatively transformational vision of the 2030 Agenda into real policies. They have to admit that they are not on track to achieve the SDGs. In many areas there is no progress at all, and in some even regression.

Destructive patterns of production and consumption have further accelerated global warming, increased the number of extreme weather events, created plastic waste dumps even in the most isolated places of the planet, and dramatically increased the loss of biodiversity.

The lack of adequate fiscal and regulatory policies has not only failed to slow the unequal concentration of wealth but in some cases exacerbated economic and social inequalities.

Even worse, national chauvinism and authoritarianism are on the rise in a growing number of countries.

But despite these gloomy perspectives, there are signs of change. In response to the failure or inaction of governments, world-wide social movements like Fridays for Future have recently emerged, mainly with young people and women in the lead.

Since 2015, governments have presented or announced a total of 187 so-called Voluntary National Reviews (VNRs) on SDG implementation. Are they enough?

No, voluntary showcase-style reporting and congratulatory government self-assessments are not enough. Civil society organizations have a key role to play as independent watchdogs holding governments and international organizations accountable for their positive or negative contributions to the implementation of the 2030 Agenda. That’s why the Reflection Group on the 2030 Agenda, an international coalition of civil society organizations, decided to publish an annual Spotlight Report. It assesses the strengths and weaknesses of the Agenda, with a particular focus on the structural obstacles and spill-over effects that influence or even undermine the implementation of the SDGs.

The Spotlight Report 2019 argues that the implementation of the Agenda is not just a matter of better policies. What is the key message?

Last year’s report explored the concurrent trends of privatization, partnerships and corporate capture and described alternative policies that are genuinely coherent in the interest of sustainable development. This year’s report dives more deeply into the governance arrangements, structures and institutions that will actually be necessary to implement these policies and to unleash the transformative potential of the SDGs.

Structural transformation has to start at the local and national level. It requires strengthening bottom-up governance and governance coherence. At the global level the upcoming review of the High-Level Political Forum of the UN should be used to overcome the weakness of this body and transform it into a Sustainable Development Council.

But the success of the SDGs will not only depend on better policies and stronger institutions. Enhancing governance coherence requires to give those institutions who are responsible for the implementation of the 2030 Agenda and the SDGs the necessary financial resources and effective political and legal instruments. At the global level this requires changing the recent course of relying on non-binding instruments and corporate voluntarism.

Among the goals under review in 2019 is SDG 10. What is the assessment and recommendation for this goal in the Spotlight Report?

Reducing inequality is one of the central pledges of the SDGs, appearing as the stand-alone goal 10 and as a cross-cutting commitment to “leave no one behind”. In this year’s report we look into the role of the International Monetary Fund (IMF) in this regard. The IMF plays a central role in economic governance, both at the global and national levels. Although it presents itself as neutral economic arbiter, its approach is in fact deeply rooted in certain economic orthodoxies, many of which have proven incompatible with the achievement of sustainable development and the meaningful reduction of inequalities. Drawing on the cases of Egypt and Brazil, we present concrete examples of how IMF policy advice and loan conditionality have led to deepening of social and economic inequalities, and can threaten human rights.

Read the Spotlight Report 2019 on the official website www.2030spotlight.org starting 8 July. For more information on the cooperation with the Reflection Group and Friedrich-Ebert-Stiftung contact the FES Global Policy and Development Department. 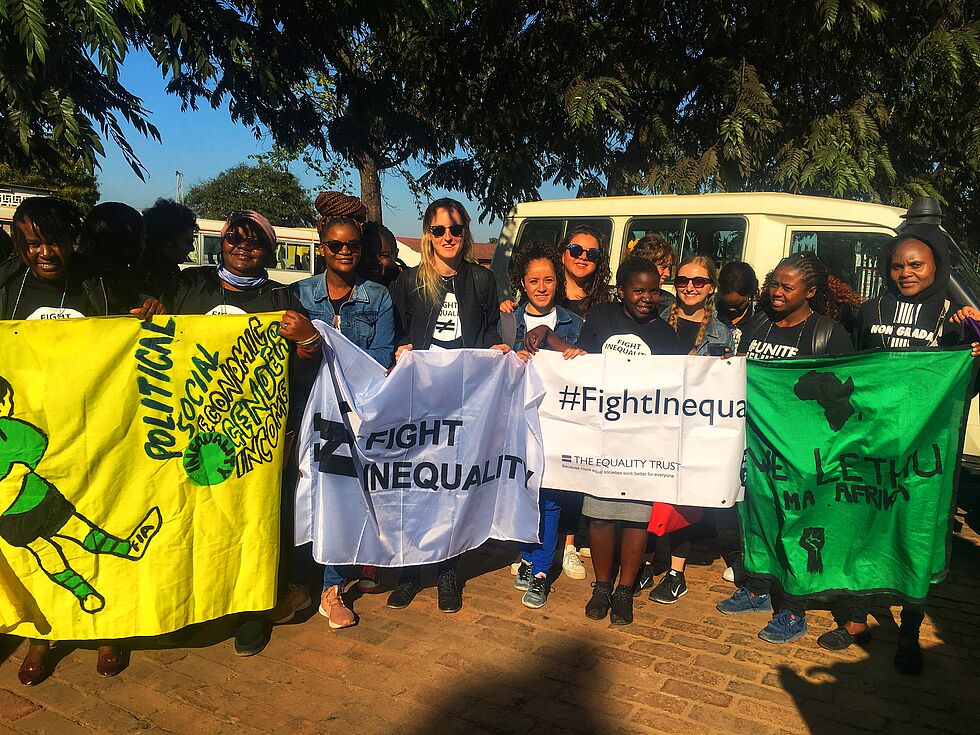 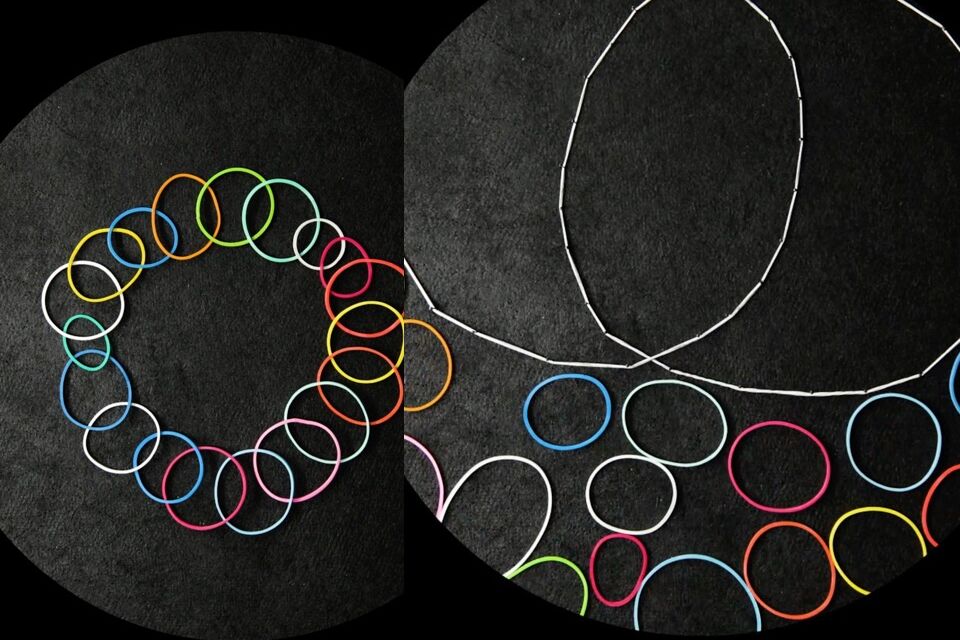