"The transformation that the Paris Agreement calls for so urgently will only secure broad-based public support if there is a narrowing of socioeconomic inequalities". 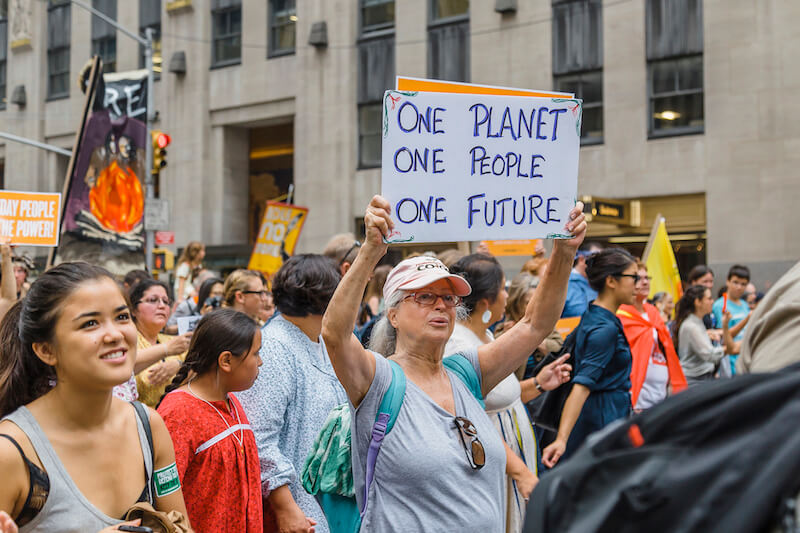 Together with its partners ActAlliance and Bread for the World, the Friedrich-Ebert-Stiftung recently released a discussion paper which addresses the question how Nationally Determined Contributions (NDCs) Partnerships can be catalysts for the NDC implementation in developing countries and contribute to the overall implementation of the 2015 Paris Agreement.

In 2015, the international community celebrated the Paris Agreement which had been adopted within the United Nations Framework Convention on Climate Change (UNFCCC). The Agreement was hailed as a success story. For the first time, governments consented to legally binding limits to reduce global warming in a joint effort. The accord entered into force on November 2016, yet its effective implementation remains to be seen.

Different measures have been determined for an effective implementation of the Paris Agreement, some of short- and others of long-term nature. On the one hand, the short-term Nationally Determined Contributions (NDCs) have been set out for the period 2020-2025 and are supposed to be revised every five years. On the other hand, however, the 2050 Long-Term Strategies are supposed to deliver a convincing vision and a credible pathway that leads to lowering greenhouse gas emissions as well as fostering climate resilience in a sustainable way. These two measures, together with the well-known Sustainable Development Goals (SDGs), constitute the main policy planning tools for the implementation of the Paris Agreement.

As if tackling the global climate change was not difficult enough, developing countries face a double burden. Not only must they agree to commit themselves to the climate agreement. They also have to do this in a manner which will not hamper their national development as a whole. For this reason, the NDC Partnerships were established with the aim of assisting developing countries in complying with their NDCs together with their SDG commitments.

But what can such a partnership look like precisely? What are the intended effects of a NDC Partnership and its key features?

Together with hands-on policy recommendations for the realization of such partnerships, the discussion paper offers practical tools and answers.