In Latin America, the concept "right to the city" has been taken up by community and territorial organizations as the flag of their struggle for housing and habitat.

In the context of sustained and unrestrained global growth of the population living in cities, Latin America is one of the most urbanized regions on the planet. Only one in ten Latin Americans currently lives in a rural area, while more than 80 per cent are concentrated in cities, especially large urban areas.

To this quantitative dimension we must add, as Neil Brenner has asserted, that "the geographies of urbanization are acquiring new, increasingly large-scale morphologies that […] explode the erstwhile urban/rural divide."

Access to the city, then, is a fundamental issue for the vast majority of the Latin American population. Location in the urban space enables or restricts the availability of goods and services necessary for the survival and development of the population; it defines the structure of opportunities for the use and enjoyment of health, education, work and recreation facilities, for example. In short, access to the city conditions whether citizens can exercise their rights.

In Latin America’s large cities, social inequality is spatially expressed in a shortage of housing. Because of this shortage, a large part of the population solves its need for housing through the social production of a habitat.

Informal settlements (villages, favelas, shantytowns) are the most obvious expression of this market-induced barrier of access to housing for the most vulnerable. And these neighbourhoods are also a demonstration of social self-governance, which, despite its distance from some utopian horizons, as experience brings about a great potential. The inhabitants of these neighbourhoods, while building their own homes, also build their portions of the city, including their infrastructure and collective facilities.

It is no coincidence that in Latin America the concept of a “right to the city” has been taken up by community and territorial organizations as the flag of their struggle for housing and habitat.

This right implies, on the one hand, the right to inhabit the city—to fully use and enjoy urban life, with all its services and advantages. But it also refers to the collective right of its citizens to participate in urban management, to define how the city should be and to transform it. This dual dimension is present in disputes in, and over, Latin American cities, in their street protests and in the conflicts that various collectives and organizations are embroiled in for access to the land.

In the case of Latin America, largely as a response to global phenomena, the segregation observed in its cities is based on the increasing commodification of access to housing, closely linked to real-estate speculation.

The firm initiative exercised by such regional organizations led to the explicit mention of a "right to the city" in the New Urban Agenda that came out of the United Nations Conference on Housing and Sustainable Urban Development (Habitat III), which took place in Quito in 2016. This commitment among states describes the urban crisis in the world, and in the region, while establishing a series of guidelines that aim to reverse it.

In the case of Latin America, largely as a response to global phenomena, the segregation observed in its cities is based on the increasing commodification of access to housing, closely linked to real-estate speculation. Even in the countries that in recent years have experienced "progressive" processes of implementation of redistributive policies and a kind of economic heterodoxy, old formulas were replicated when it came to ​​housing: promotion of the construction market and conditions favorable to real-estate development for the purpose of safeguarding money, to the detriment of its use.

Massive housing construction programs in Brazil, Argentina, and Mexico are good examples of policies more oriented to economic reactivation than to enabling access to housing, with poor results in terms of "production of the city."

By the same token, in recent years urban policies have rarely deviated from the neoliberal city model (with some exceptions in Colombia and Brazil). Local governments often highlight the growth in real estate prices as a success of their policies, obviating that this excludes a growing share of their inhabitants from access to housing.

The consequences of these trends are evident in cities such as Buenos Aires, where the only segments of the population registering marked growth are renters and those living in villas (informal settlements).

Tenancy and informalization in these places are the consequence of a restrictive and highly deregulated market: in the context of monetary devaluation, real estate sustained a 150 per cent increase in US dollars between 2005 and 2015.

In urban contexts, such as those described, it is a complex endeavour to read the results of interventions oriented at the working-class habitat, such as the neighbourhood improvement policies that are being developed in Brazilian and Colombian cities, as well as in Buenos Aires only under two years ago, paradoxically on the initiative of a centre-right government.

Even when progress is being made on repaying the old debt of integrating informal neighbourhoods, the urban fabric overall may still become more exclusive. While consolidating the current informal population, these interventions usually trigger the exponential growth of land prices in the affected areas of the city.

Without structural policies, in the medium term these increases also encourage the market-driven displacement of working-class neighbourhoods in favour of those to which huge public investment is being allocated. This is the risk that residents of the 31 and Rodrigo Bueno villas in Buenos Aires are already seeing. The threat of eviction hung over both settlements until just a few years ago, and today their urban integration is a mark of the local governance by Propuesta Republicana (Pro), the same political party that proposed the displacement of these populations (by eradicating the villas) when current president Mauricio Macri was head of the government of Buenos Aires.

The significant shift in focus towards the "urbanization" of these neighbourhoods with the participation of the population is no guarantee that today’s market will not take on the task of giving these areas new uses for higher-income sectors. This gloomy picture, however, can be reversed.

During the Habitat III Conference, in addition to the discouraging diagnosis, several experiences were revealed that indicated a basis for the collective construction of cities in which the innovation, resilience, and sustainability of the slogans from the event could become effective.

Local governments in several cities in the region, especially mid-sized ones, have been testing land-management tools and self-managed promotion of housing. These aim to incorporate “collective intelligence”—as well as new technologies and innovations—to tackle environmental risks and to compensate for the equally devastating effects of the real-estate market. Cases of drastic changes in the quality of urban life in cities such as Curitiba (Brazil) and Medellín (Colombia) are well known. In Medellín, collective facilities (urban service, public buildings, community and social centres) with high design standards were situated inside informal settlements.

To make cities and human settlements inclusive, safe, resilient and sustainable, we must start with the urban working-class segments: not only does the urban working class contribute their workforce to the momentum of the metropolis of the region, but they are also the real producers of urban space.

Innovative land-management tools are also being applied in many other Latin American cities, driven by working-class organizations and sectors. To mention a few, in Brazil and Colombia, “areas of social interest” are being declared in an attempt to preserve part of the urban landscape for low-income households, and the recovery of urban capital gains in towns in different countries in the region is allowing the reinvestment of part of the real-estate income that is the product of public policies. In Uruguay, the movement of mutual-aid housing cooperatives has been a benchmark for decades now; organizations have replicated the experience in at least ten other Latin American countries.

Through the New Urban Agenda and the Sustainable Development Objectives, the states of the region have also committed themselves to “make cities and human settlements inclusive, safe, resilient and sustainable” (Objective 11). The beginning of this objective should start with the recognition of the Latin American working-class urban sectors. Not only does the urban working-class contribute their workforce to the momentum of the metropolis of the region, but they are also the real producers of urban space. ###

Translated from Spanish, the text is authored by Pablo Vitale, coordinator of the ​​Right to the City working area of the Civil Association for Equality and Justice (ACIJ). He is a member of the Urban Studies Department of the Gino Germani Institute of the University of Buenos Aires, where he is also a graduate and postgraduate instructor. 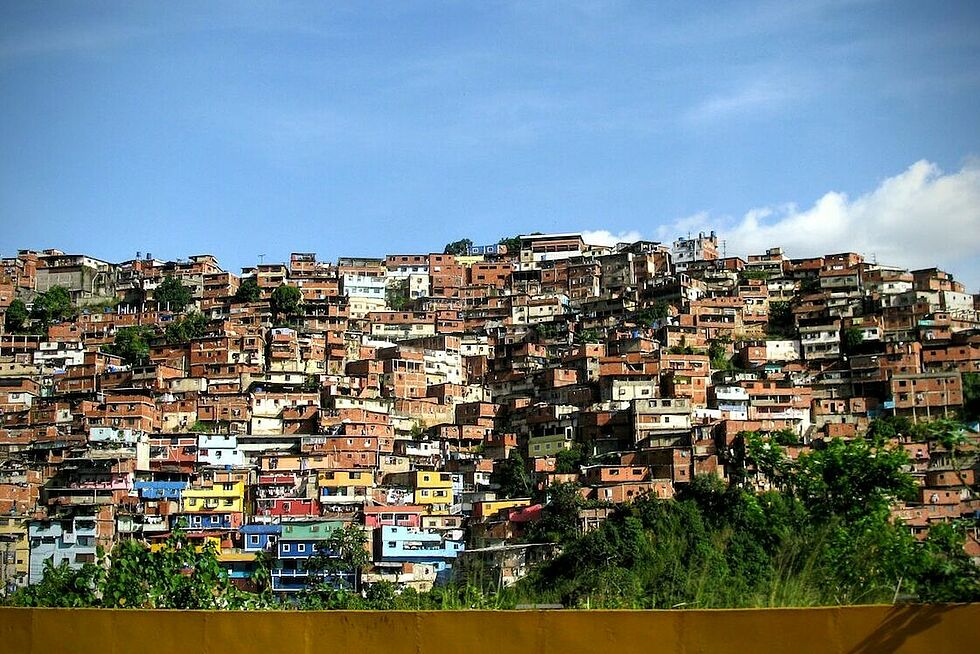