Picture a documentary about a normal day in a care worker’s life: We follow a woman as she gets on the metro in the morning, in her pocket a ticket for public transportation provided by her employer. Her expression is relaxed since she knows her daughter is well cared for at the state-funded kindergarten. The camera follows her as she enters the hospital and is greeted by a doctor who thanks her for her great work the other day, when they had several emergencies. Since the hospital is well staffed, she has enough time for every patient and tells the audience that she is satisfied with her work when she leaves the hospital exactly when her eight-hour shift ends – just like every day. After work, she meets up with some other nurses to organize a protest for raising the minimum retirement benefits for all care workers.

Sadly, this life is not reality for our care workers. Not yet.

We must not return to the status quo

Instead of the fantasy above, the reality today is that paid and unpaid care workers’ difficult situation has been exacerbated by COVID-19. The corona crisis has shown us that social reproduction is key to our survival. The work women do in our homes and our neighbourhoods, in care homes, in hospitals, schools and charities – the work that is fighting the coronavirus and keeping us alive – is also the work that keeps the capitalist world order in motion. It is no surprise that a further disruption to the already undervalued realm of social reproduction work has far-reaching economic consequences, not to mention on our well-being. After COVID-19 we cannot accept to return to the status quo: A transformation and reorganization of the entire care system must be achieved. Feminists and all those involved in struggles for reproductive justice have been talking about it for decades. Using this momentum, the upcoming Care to Join Us campaign by Friedrich-Ebert-Stiftung (FES) will set out to inform a global audience about the difficulties faced by both unpaid and paid care workers. The campaign uses eight easily accessible, illustrated messages to mobilize care workers and to put demands towards policy-makers and businesses. The messages emphasize that while care work can be highly diverse, most of it is done by women. They depict the meaning of care work for societies and discuss problems relating to unpaid care work, underpaid care work, social norms, and time poverty.

It is a direct consequence of the reaction to COVID-19 that more unpaid care work must be performed by women: With entire families in lock-down at home, many women have become exposed to double or triple burdens: Care tasks from housework to nursing and home schooling have to be performed, while working from home for a paid job. Rising numbers of domestic violence have been registered all around the world. Additionally, women have to deal with food scarcity and a lack of access to sexual and reproductive health services. As our campaign stresses, it is capitalist and patriarchal norms that lock women into the roles of unpaid and undervalued caregivers. Since women often work in the economic sectors most affected by COVID-19, many have lost their paid work and so the social expectation to provide unpaid services has become more pressing – curtailing women’s future development opportunities even further.

With the pandemic, paid care workers are not only exposed to a greater health risk, their wages are also effectively being cut, as many have to work more hours without being paid more. Care work is essential for our societies, it requires high levels of skill and motivation and can be physically and emotionally straining. Despite all this, care workers all around the world do not receive adequate pay. Most care workers are paid significantly less than other workers whose work requires a similar level of qualifications and effort. This also affects the quality of care since a care worker who must resort to working multiple jobs to pay her bills will be too exhausted to provide good care. On top of the wage problem, the care work industry also often lacks adequate labour, migration, and social protection policies. This is especially true for domestic workers who may be entirely dependent on the goodwill of their employers in some regions, since national law does not provide official limits to working hours or entitlement to rest periods.

Representation and participation are key

Globally, women make up 70 per cent of health workers, but women on average only represent 24 percent of people in national-level COVID-19 response teams. This mismatch lies at the root of many of the problems discussed above: Only through representation and participation can women care workers change their own situation. But underrepresentation is deeply linked to the double burdens that paid and unpaid care work put on women: while men on average spend 404 minutes per day working of which only 20 per cent is unpaid work; women spend 448 minutes per day working of which 59 per cent is unpaid work. In the Middle East and North Africa region, women even spend in total 74 more minutes per day working, on average, than men – 74 minutes that cannot be used for political activism to improve their situation. Therefore, policy change is required as a first step.

To achieve this first step, the FES care work campaign wants to bring the framework of five Rs developed by the International Labour Organization to a broad audience, including policy makers: What we need to do is to recognize care work in its true value and to reduce the burden on care workers by investing in infrastructure that alleviates their care responsibilities. We also need to redistribute the burden of unpaid care by creating state-provided childcare and eldercare facilities, but also by encouraging a better distribution of care tasks between men and women within households. We must reward care workers by providing them with decent wages and social protection. Finally, care workers need to be represented more strongly in politics and trade unions. The FES global care work campaign wants to motivate care workers all around the world to organize for achieving representation and participation and to turn the vision in the beginning of this article into a real future.

In this spirit: Let’s seize this opportunity to reimagine a world after COVID-19 that includes feminist visions and values. Care to join us? Share and support our campaign! The campaign will be launched on 5th October 2020 on FES Connect Social Media channels (English Version). Stay tuned.

Natalia Figge works at the Global Policy and Development department at FES and coordinates the work on gender justice. She is also the coordinator of The Future is Feminist, a global project of the FES, which works with feminists from Africa, Latin America, Asia, the Middle East and Europe to develop positive visions for a better future and analyses, in particular, the effects of digitalization and the future of work.

Laura Lepsy is a Master's student of international relations at Technische Universität Dresden. She was an intern with the FES Global Policy and Development department from January to March 2020 and continued to work on the “Care to Join Us” campaign as a project assistant. 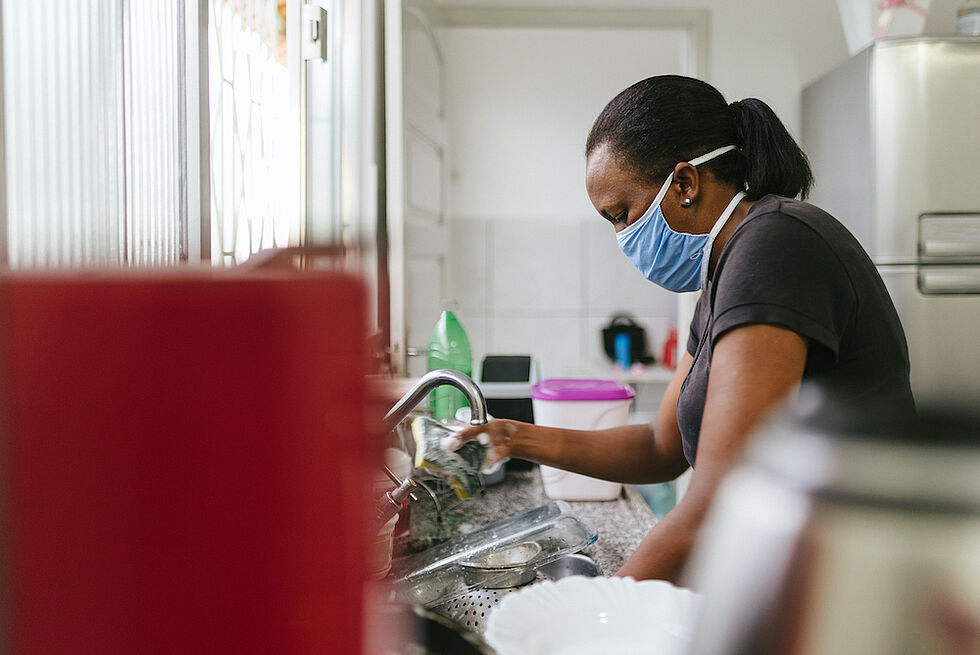 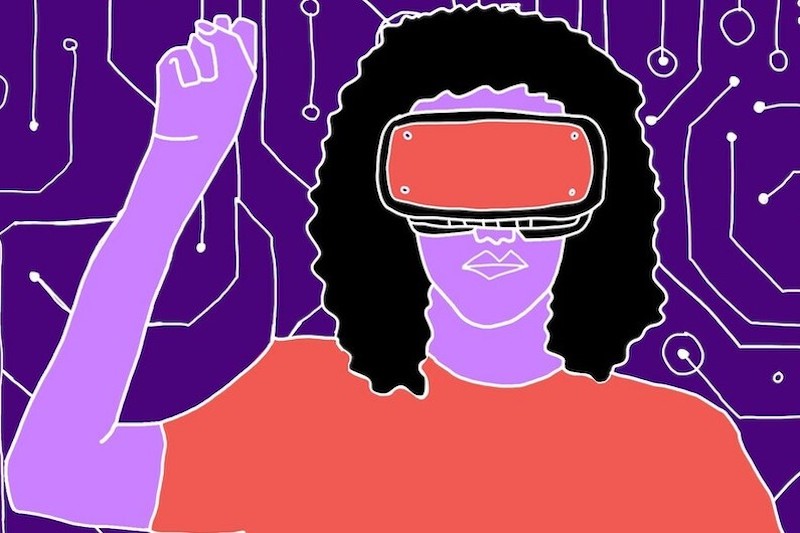 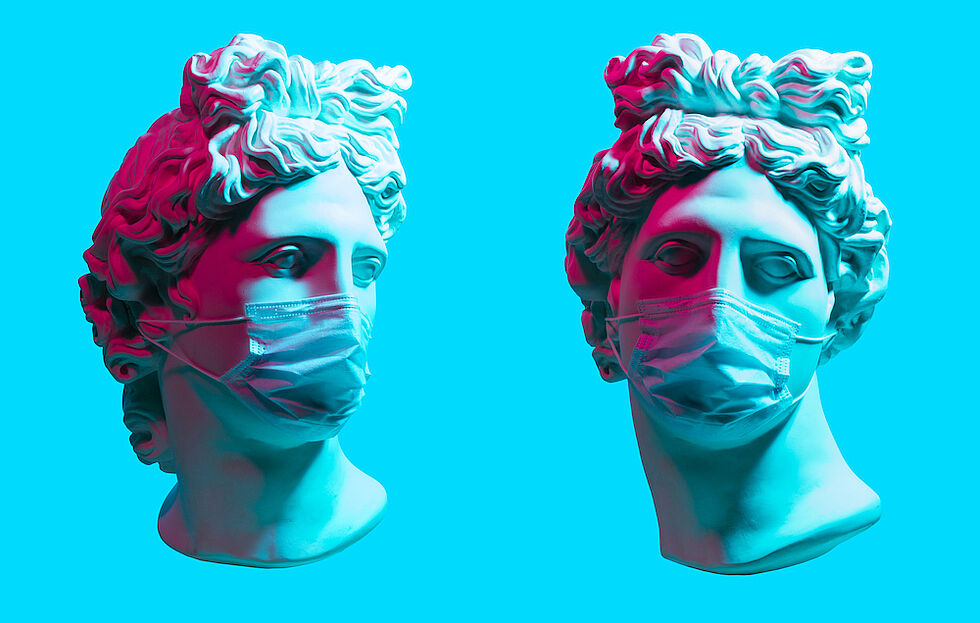 Consequences of the crisis 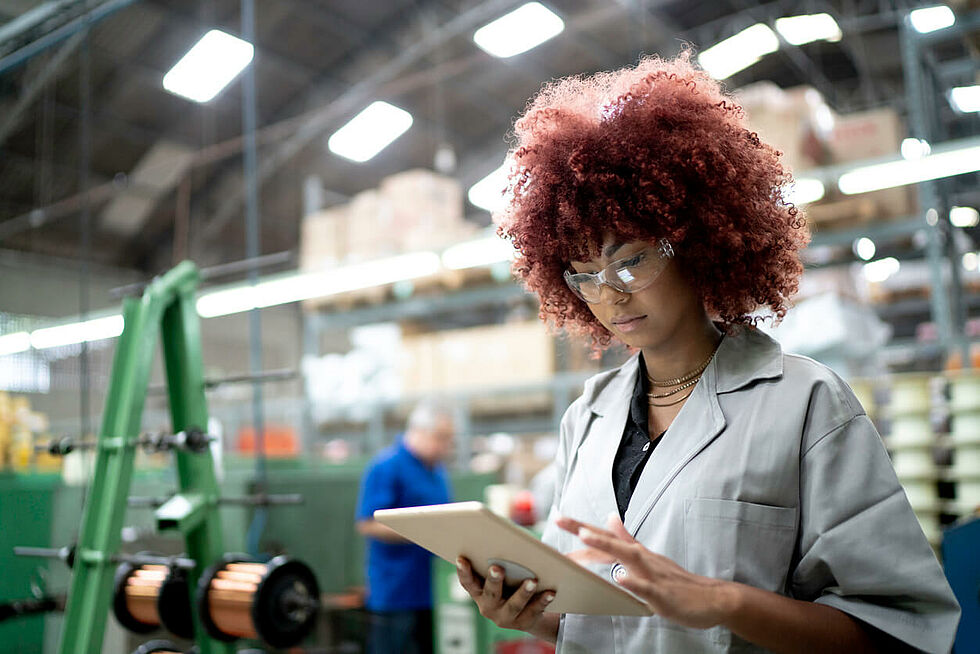