"The organization of care work tells you a lot about the state of human dignity in a society." 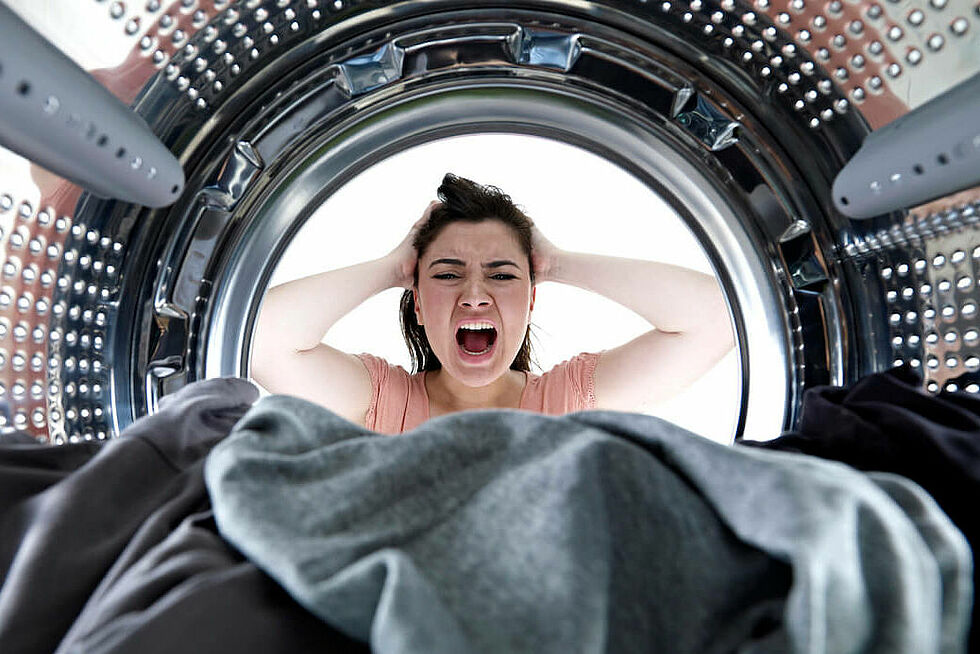 Every year in March, the month of International Women’s Day, Friedrich-Ebert-Stiftung holds a Women’s Day event. This time around, in the light of a very vocal and anti-feminist right-wing populist movement, coupled with persisting issues surrounding women’s rights, FES organised a string of events under the title "One Women’s Day is not enough!"

To find out about the motivation behind the events, the reasons for this year’s dedicated focus on "care work" and the day to day work by staff at Friedrich-Ebert-Stiftung in setting up the events, FES Connect reached out to Jonathan Menge from the Department Politics and Society at FES, based in Berlin. We asked him about his interests, the reasons he took up the opportunity to work on social problems all of us confront daily and the future of gender and care work.

Connect: Jonathan, within the Friedrich-Ebert-Foundation, you work on gender equality, women empowerment and women’s rights. Tell us a bit about yourself, how did your interest in these topics started, how long have you been working on them?

Jonathan Menge: Before I joined the Friedrich-Ebert-Stiftung and started work in the Department Politics and Society in 2015, I did not have a specific focus on gender equality and women’s rights. I worked in the field of business and human rights and decent work. Since we have a rotational system in the FES, where you change your position every couple of years, you always arrive in new thematic fields. However, I love the work I am doing at the moment. I’ve always been interested in questions of social justice, and gender justice is still one of the most pressing and important questions in this regard.

JM: A lot of my work is about coordinating short term research projects and conferences. That means coordinating with colleagues and partners, reading and writing program concepts and managing projects.

Of course, representing FES in stakeholder debates and staying up to date on relevant discussions is also important. Sometimes I get invited as an expert to present studies and moderate discussions.

Creativity is also required when it comes to coming up with titles and developing designs for studies and flyers. The work is quite diverse and never gets boring!

The most recent topic you’ve engaged with is care work. What are some aspects of care work that we should be concerned with?

JM: The most important aspect for me is that care work needs more appreciation. Caring for others is what societies are built on and what holds them together. The organization of care work tells you a lot about the state of human dignity in a society, since those who are taken care of, children, elderly or ill persons are among the most vulnerable members of society.

Women provide the bulk of mostly unpaid care work. It is estimated that their care work amounts to 75 per cent worldwide, while men spent more time on wage labour. Of course, this leaves women with less income and less social security. They bear all the social and economic risks of this division of labour. At the same time without care work the economy would not function. Everybody is talking about economic growth, but hardly anyone talks about care.

How would you assess the role of care work in Germany and how could we break this vicious circle?

JM: In Germany, the gender care gap is huge. At every legislative period in Germany, a commission gets appointed to assess the state of gender equality in Germany. Right before the international women’s day they published their report. For the first time a Gender Care Gap was calculated, similar to the gender pay gap. Women in Germany do 52 per cent more unpaid care work than men; in families with kids the number goes beyond 80 per cent.

In striving for gender equality, care work might be the key for change. Men need to take more responsibility in caring for children and the elderly. But to make this happen we need a rather bold change with regard to gender roles.

Studies show clearly that young German men want to take more responsibility, but then they are confronted with employers who penalise them for taking parental leave. At the same time, women have been facing these obstacles for ages. We need to tackle the challenge together and solidarity will be crucial to change things for the better.

The German gender equality commission adopted the Earner-Carer-Model, which builds on the guiding principle of the Swedish system. Based on this model, both men and women with care responsibilities are seen as earners and carers. For example, they could both work 32 hours a week, while being supported by a high-quality professional care infrastructure. In this way, they can both earn enough towards long-term social security.

What are the implications of these concerns for the future?

JM: Well, we need to keep working on policies for a gender equal division of labour. In the end, though, we might need a huge shift in the work culture. Care responsibility should not only be valued by individuals, but by society as a whole - and corporations and employers being part of this as well.

But we also need better pay for professional care, which is mostly provided by women and is usually not well-paid. In some care professions, especially regarding the care of elderly people, in Germany we have a massive shortage of workers already. Part of the problem is that the working conditions are pretty harsh and the pay is low. This needs to change.

If you ask me to take a look into a crystal ball, I would see a scenario where some things change for the better. Some analysts expect growing employment for women in the wake of the digitalization of the economy. Frankly speaking, I am a bit sceptical. These will be increased opportunities but mostly for the highly educated. And if you look at Silicon Valley, this does not look like a gender equality paradise to me. In my opinion, we must mainstream care work, unpaid and professional, into the organization of future work and the shape the way our future societies will look like.

And of course, in the OECD countries there is a rise of right wing populist or extreme right parties who often favour gender norms that seem to spring right from the 1950s. Feminists need to unite and stand up against these backward ideologies.

Which specific recommendations do you have for current politics to adequately tackle the care-crisis?

JM: I already mentioned a few. More visibility and societal appreciation for care work, in general, is the first step. More gender equality in the division of labour and better paid professional care work are also crucial. High-quality professional care-work and a more enabling environment in all parts of society for people to reconcile paid work and care work. We have a long way to go to reach all of this.

The precarity of care work is not only an issue in Germany. Can you tell us a bit about the international work of the FES on the topic of care work, domestic service and gender equality?

JM: A lot of FES offices and also the Department for Global Policy work on these topics. We had a small cooperation project with interviews, studies and conferences over four continents, all part of a bilingual web portal we launched on March 8, this year. Overall, I think it is important to pay more attention to the question of unpaid work.

It is March – the month when we mark International Women’s Day! Here in Berlin you are organising a string of events under the title "One Women’s Day is not enough!" Can you tell us more on the background and objective of these events?

Traditionally, FES is holding a Women’s Day event every year. Since in Germany there are currently so many issues at stake – also in the light of a very vocal and anti-feminist right-wing populist movement – we wanted to highlight the question of women’s rights by organizing several discussions on different topics. We already held the BarcampWomen, which is a rather open conference format, where about 350 women gathered, most of them younger than 30 years, organized workshops and discussed on how to counter anti-feminism and join forces for gender equality and women’s rights. We are also hosting an event on the future of care and another on the situation of single-parents.

You are also the person behind the concept for "About super-women and subservient ghosts" – an event about the future of care work. Cool title! What is the event about? And what inspired the title?

JM: Thanks! I was pondering on the title for quite a while. The plan was to start the conference with a movie titled "Wanted: Super Women." It focuses on women who take care of their parents, work and have children on their own, some of them single-parents. You have to juggle a lot in that situation. The term "super-women" refers to this, but it also stands for a generation of women who are committed to their jobs and then try to have a career and a family at the same time.

At the conference, we want to discuss reform proposals and initiatives. Can we solve the problems through reforms or does it need a revolution? One thing I can already say for sure is that it takes a lot more solidarity in society to move forward on the path for equal care.